On April 8, 2014, I met Pastor Josh Woodrow in Chattanooga to spend a day walking alongside him in the Alton Park neighborhood of Chattanooga where God has called him to start a new ministry aptly named Bridge City Community Church. What happened over the course of the day will stay etched in my mind as a perfect example of what God can do to make the seemingly impossible possible and provide a community with hope for the future. 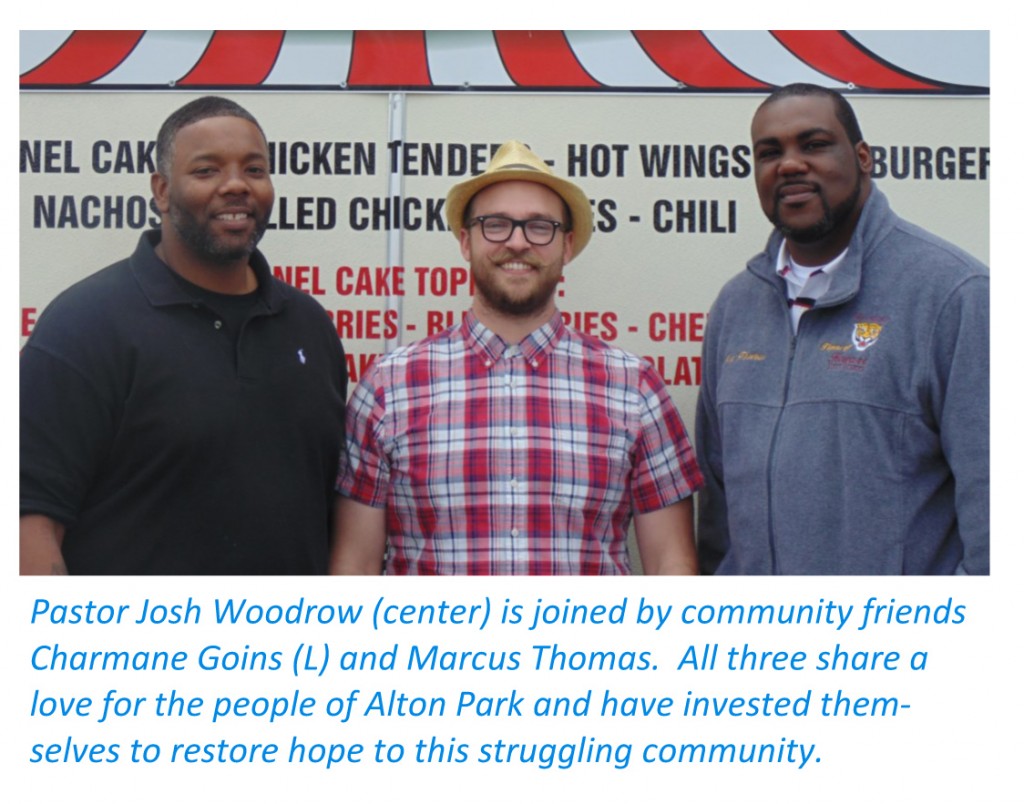 About a year and half ago, Josh Woodrow was called to Chattanooga to begin planting a church. Josh, by all accounts, is a California-type that most would expect to find near a beach. He is also one who has a profound yearning to reach “the least of these” with the message of hope found only in the Gospel. As Josh began to access the Chattanooga area and pray about where God would have him plant the new church, he discovered the Alton Park neighborhood. Alton Park is an historic community of Chattanooga that has been forgotten by many. The neighborhood is home to much crime and faces enormous challenges. The neighborhood is also 98% African American; Josh Woodrow is white. Undeterred, he has followed God’s lead and over the course of a little more than a year has made inroads into the community gaining the trust of the leaders and the people who call Alton Park “home.” 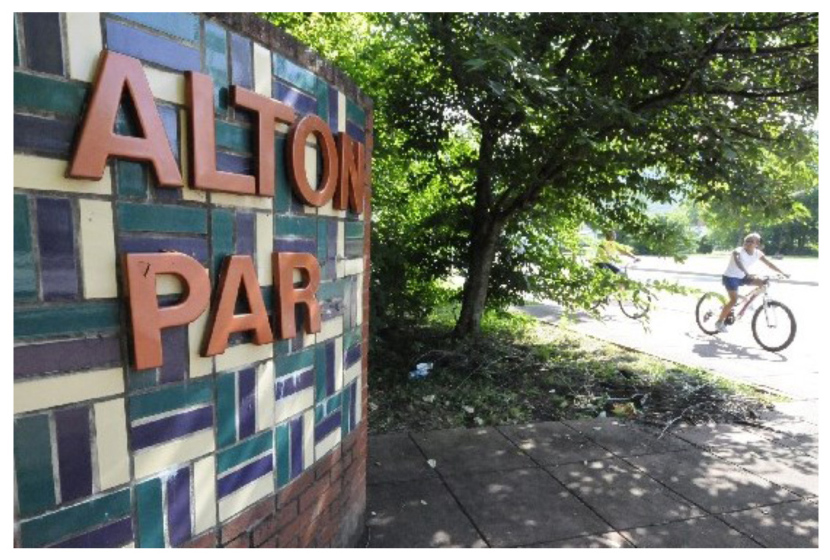 On our walk, we started at Howard High School, a legendary high school founded in 1865 on the fringe of Alton Park. “Pastor Josh” makes weekly visits to Howard to engage students and faculty and to ask about the current needs of the school. While we were there, we met with the Assistant Principal, Matt Taylor. During our conversation, Mr. Taylor related how Howard had recently held the district basket-ball tournament, which included providing a hospitality area for coaches and referees. Pastor Josh and Bridge City Community Church stepped up and provided the refreshments for the hospitality room. According to Mr. Taylor, what they provided were “not just ordinary refreshments,” but ones that made the high school “look good” to their peers from other schools. He was most gracious in his words for Pastor Josh and what it meant to the school to put forth such a professional appearance. Read More